Letters to Santa: The Saga Continues

The first page of this following spread should look familiar: 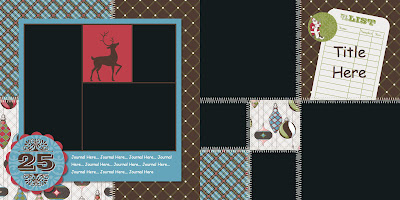 Do you see it? It is actually an altered mirror image of the first page of the album. By swapping out some of the colors, papers, and embellishments we were able to achieve a new page very quickly, and yet have it look different enough to not stand out as a copy in the album. Nice right! Most people's complaint about scrapbooking is that it takes to much time. That is why I designed this album for a class where people learned how to make the best use out of their templates.

On the same note, this next layout should also look similar: 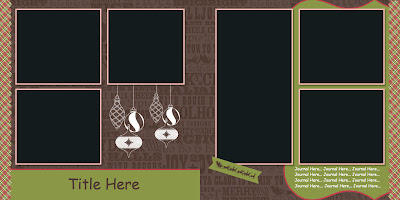 That's right, it is also made from mirror images of the blue/pink two page spread I showed earlier. Once again, with minimal changes and time spent we were able to make a set of pages that looks really wonderful.

By using tricks similar to this throughout the class, the two people I was working with were able to go from my 10 page template to a full 22 page album in a couple hours (sans pictures, which they can put in on their own after the holiday's are done). AND this was the first time one of them had used MDS (the other had only used it on a couple of occasions), so that was pretty quick. Much faster than traditional scrapbooking to be sure.

By the way, did you catch it? On that last layout I once again used the brown and white paper with the opacity turned way down so the espresso background would show through. I told you it would show up again (and we're not done yet so keep your eyes peeled). Best technique ever :)