When I saw the Grateful For Days simply created kit in the Holiday catalog I just knew I wanted to make something with it! 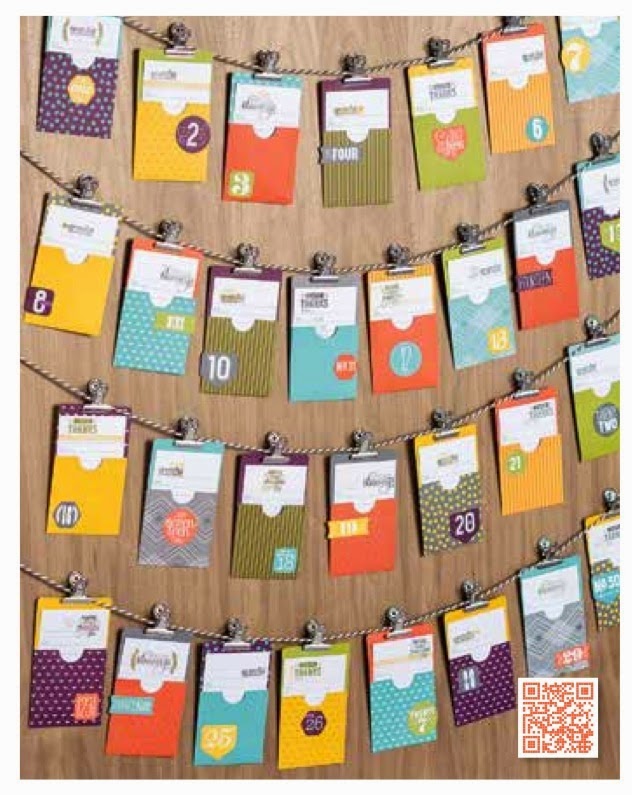 I decided that I didn't want quite such a large display (it has enough slots for 30 days of Thankfulness) but instead I just wanted a short banner for my fireplace mantle. Also, I wanted to dress it up a bit with pretty fall leaves (I love fall decor!!) and have a phrase like Thankful or Give Thanks on it. 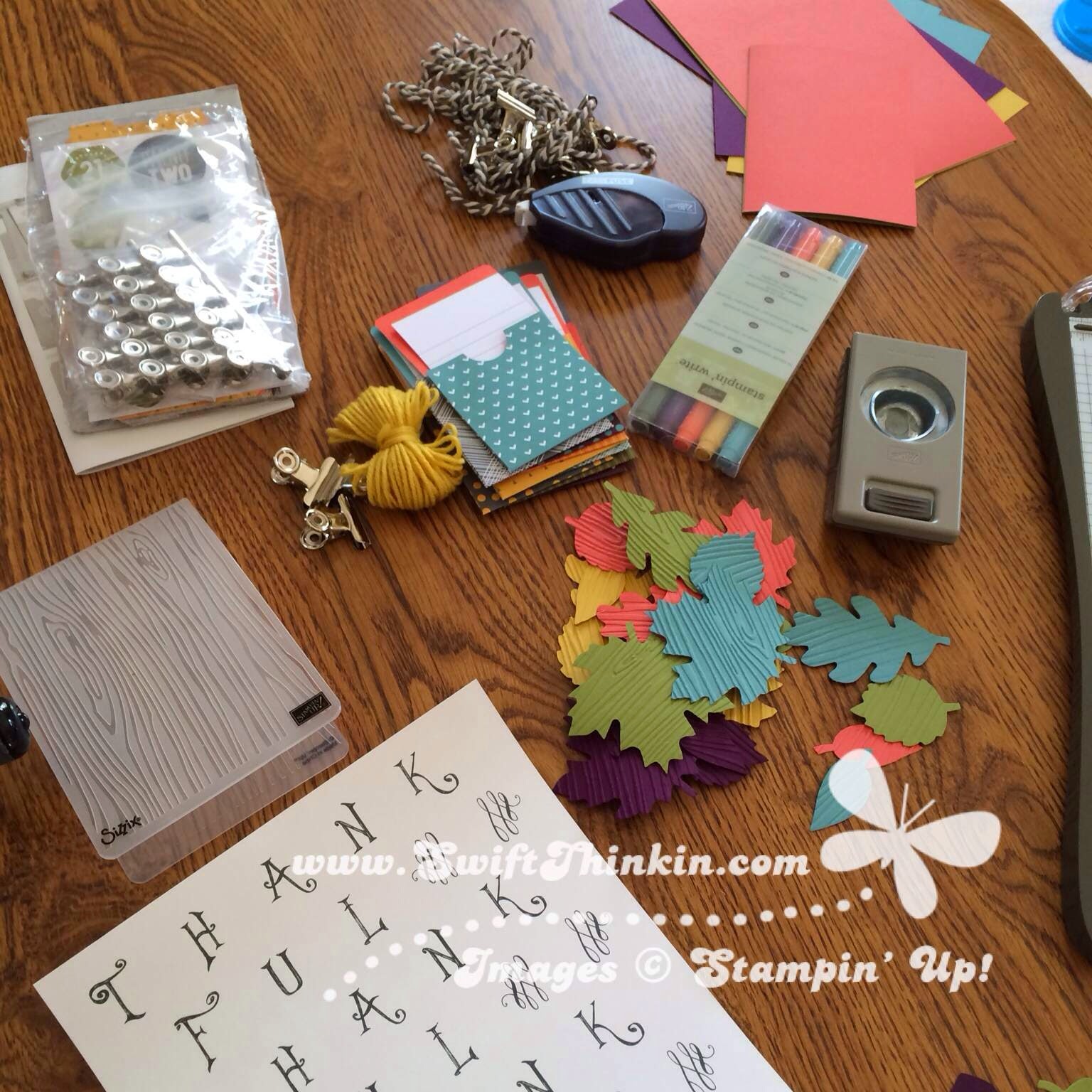 So during naptime last weekend I got busy with my supplies. I was so blessed that both my kiddos took a REALLY long nap and I was able to get the whole thing done in 1 day. That never happens around here :). Here's what I came up with (click on the picture to see it larger):

For the leaves I used the Autumn Accents die for the Big Shot and all the colors of cardstock from the kit. Then I ran the leaves (but not the acorns) through the Woodgrain texture folder to give them a little dimension. After that I had a huge pile of leaves to decorate with :) Here is a bit of a detail shot of a couple of the pennants: 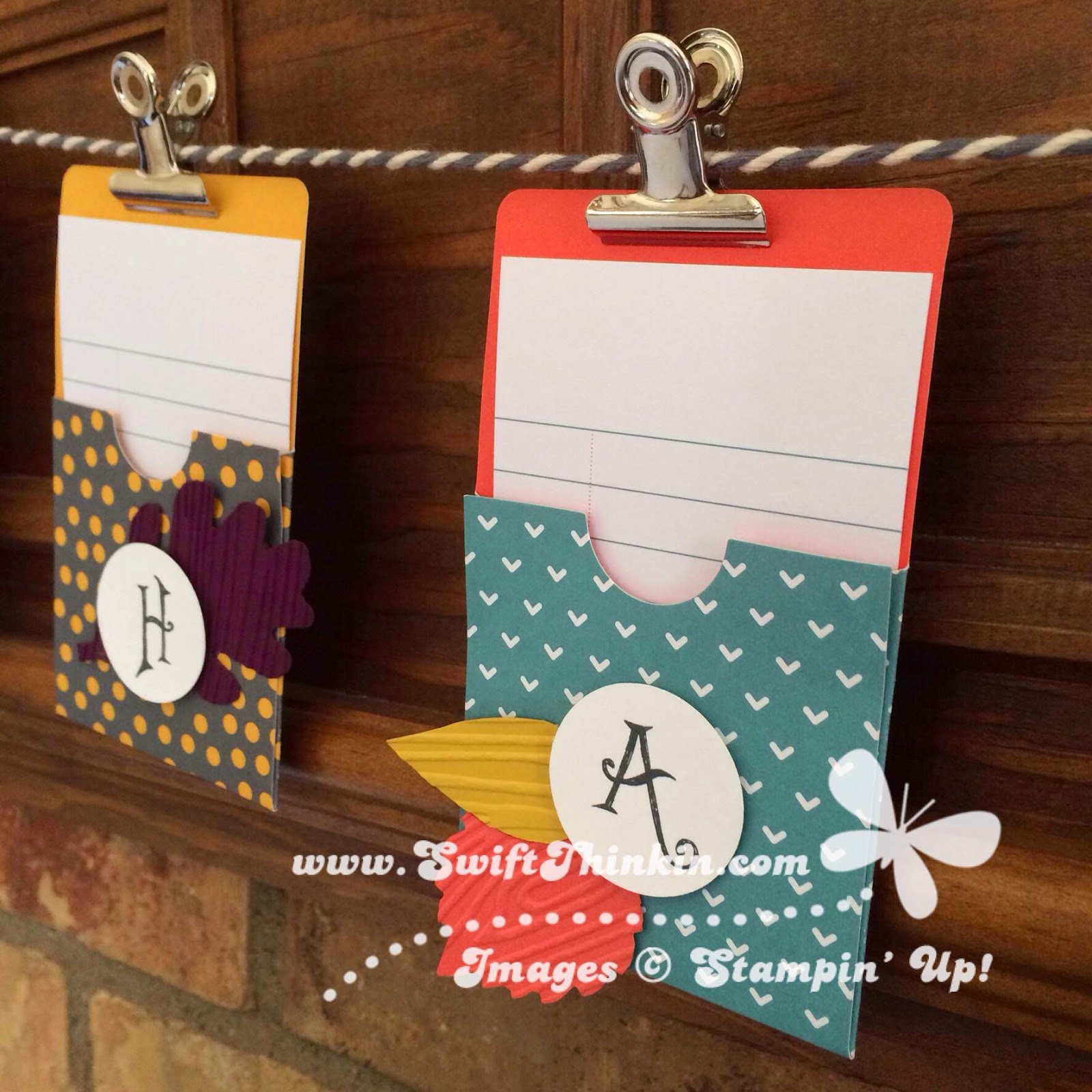 I decided on the phrase THANKFUL so that I could have some ornamental images on the ends to give it a little extra style. And I used MDS to make sure the letters were all the size I needed for the circle punch. I know I didn't 'need' to use MDS for this project... but what can I say. I'm addicted to it as you all well know, and it made it so much easier to figure out the letter sizing than just using a word processing program would have :)

I had some extra leaves over after I finished all the pennants, but I figured they just HAD to get used anyway. So I added them to the ends of the banner in a cluster. To attach them to the string I just used a small strip of extra cardstock, which I folded in half and glued together to the back of the 'pile of leaves'. I figure I should also mention that I tried out the new Fast Fuse runner for the first time on this project. It took a little getting used to, but I was impressed with the results. Way easier than dealing with all that sticky strip, but feels much more secure than just using a snail tape runner. I highly suggest giving one a try :)