It's a Pony Party!

As you could probably tell from my daughter's birthday banner earlier this week, we had a My Little Pony fan in the house. A BIG FAN! So, naturally she wanted ponies for her party.

She picked an easy theme for me. There is a ton of My Little Pony stuff available at the store, so plates/cups/napkins were all an easy feat. But I still wanted to add the personal touch to her parties that I love so much.

Of course my tool of choice for creating would be MDS- you would never expect anything different from me I'm sure :) But before I began I needed to turn to the web for some clipart ponies to use in my creations.

Now, here I will insert a warning: If you search for My Little Pony images on Google, do not- I repeat DO NOT- do it with children in the room. I know this sounds like an odd suggestion, but believe me it is true. Apparently there is an unsavory adult following of this kid's show. Sad but true- and they have created equally unsavory images of said ponies on the web. It was by no means the majority of what was out there, but there was enough of it that I wouldn't want my child looking over my shoulder.

Alright, so now that I got that warning out of the way (and I got some cute images of each of the main characters) onto the invite: 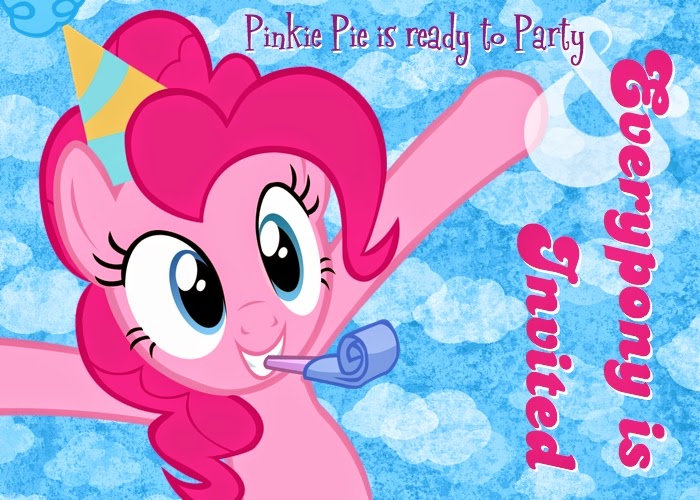 For the background I used the cloud paper from the Sunshine and Sprinkles kit. I use the recolor tool go get the paper to match the pony colors better, and I thought that it added just the perfect touch to the card. I even tried to emulate the 'pun' from the show of saying everypony instead of everybody. So happy with this cheerful front. 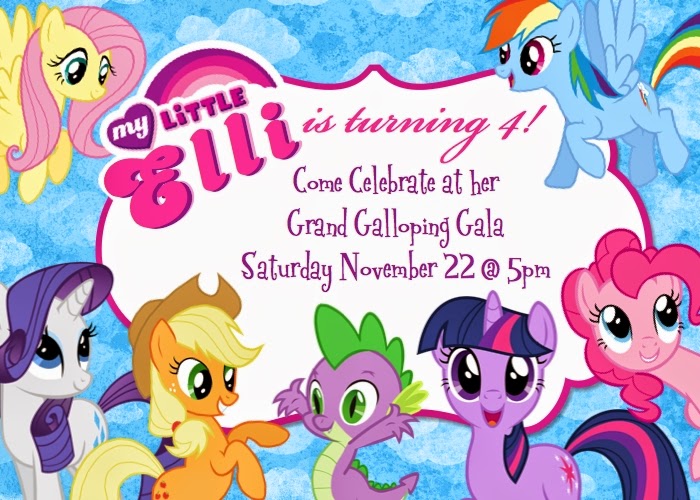 For the back I played ALOT to get the pony images just how I wanted them. It took awhile (I'm picky) but it turned out just how I hoped. My other favorite element from this side was the My Little Elli header. For this I found the show insignia and added that as an element to the page. I 'hid' the Pony in the title using a freeform layer and coloring over it in white. Then I just added Elli in a cute font (and in three colors stacked like the original title) to finish off the look. Pretty awesome right :)

I hope you enjoy these ideas for your own party prep. And I highly suggest MDS for a creating tool- it is so easy to use and full of awesomeness.