I was really excited to play around with the pennant pieces and see what other ideas I could come up with. Hope you like the inspiration too! 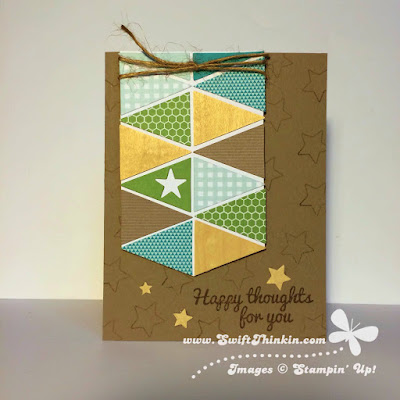 For the first alternate sample I made the smaller pennant per the directions. However, I used a half sheet of Tip Top Taupe cardstock for the base instead. I really like how it turned out with the darker background- I think it made the flags pop out even more than on the original (which I already loved!). 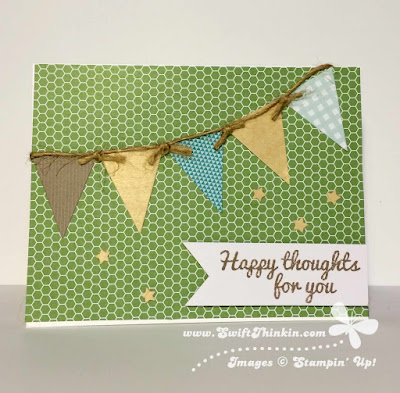 And of course when given pennants who can resist making a banner for a card :) This one was super simple- I used part of the envelope liner for a base (attached to some white cardstock). Then I placed my pennants in the curve I wanted. After that all I had to do was glue down a little twine, add some knots on top to the joints, and stamp the little flag. I cut the points of the flag by hand, but was wishing I had the new Triple Flag Punch to make the job even easier!

Did you love this month's Paper Pumpkin as much as I did? I'm for sure ordering extras!!