After making two sets of the cards as per directions (one with my kiddos and one on my own) I was inspired by the pieces to play around and try out other designs. 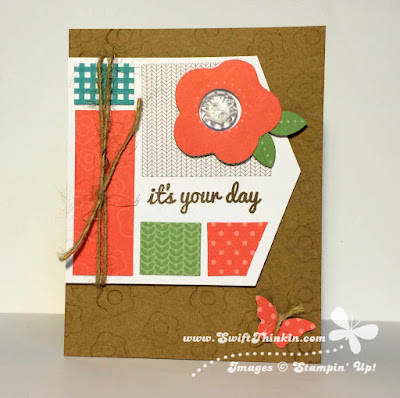 My first alternate is very similar to the original for the sticker layout. However, this time instead of using the square they provided I cut the tip off of one of the pennant shaped cards to use for my layer. Also, instead of using the twine bunching idea I decided to use it wrapped around the layer.

Also, I was inspired by some of the samples I saw popping up on Pinterest to add a little punched butterfly to my card. I thought it was fun to use the twine for the body and antenna too :) 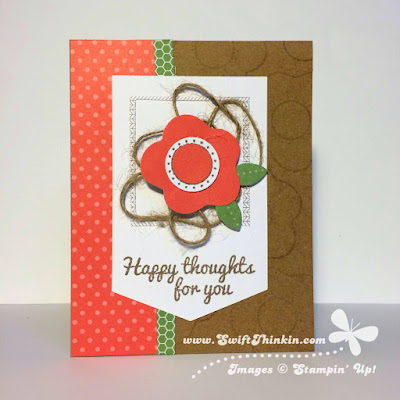 For this second sample I used one of the little pennants for the top layer. I cut out one of the border pieces left on the sticker sheet to use as a frame for the flower. Also, instead of the button I put the white circle on top of the flower- stamped with the dots from the center of the big flower stamp- and then placed the circle that punches out of the center of the flower on the very top. I thought the dimension of it turned out real nice :)

I also used some of the paper from the envelope liners in the background. I find that you don't really need it to go all the way into the envelope, so it is fun to use the extra length to play with!

I've got more ideas for the pennant card layout coming up.