The setup for my food table was inspired by a couple photos on pinterest (of course- great site). I had seen many variations on the cloud & rainbow wall- my variation was with balloons and streamers. Use a little bit of painters tape to hold everything to the wall without damaging it and it is so easy! 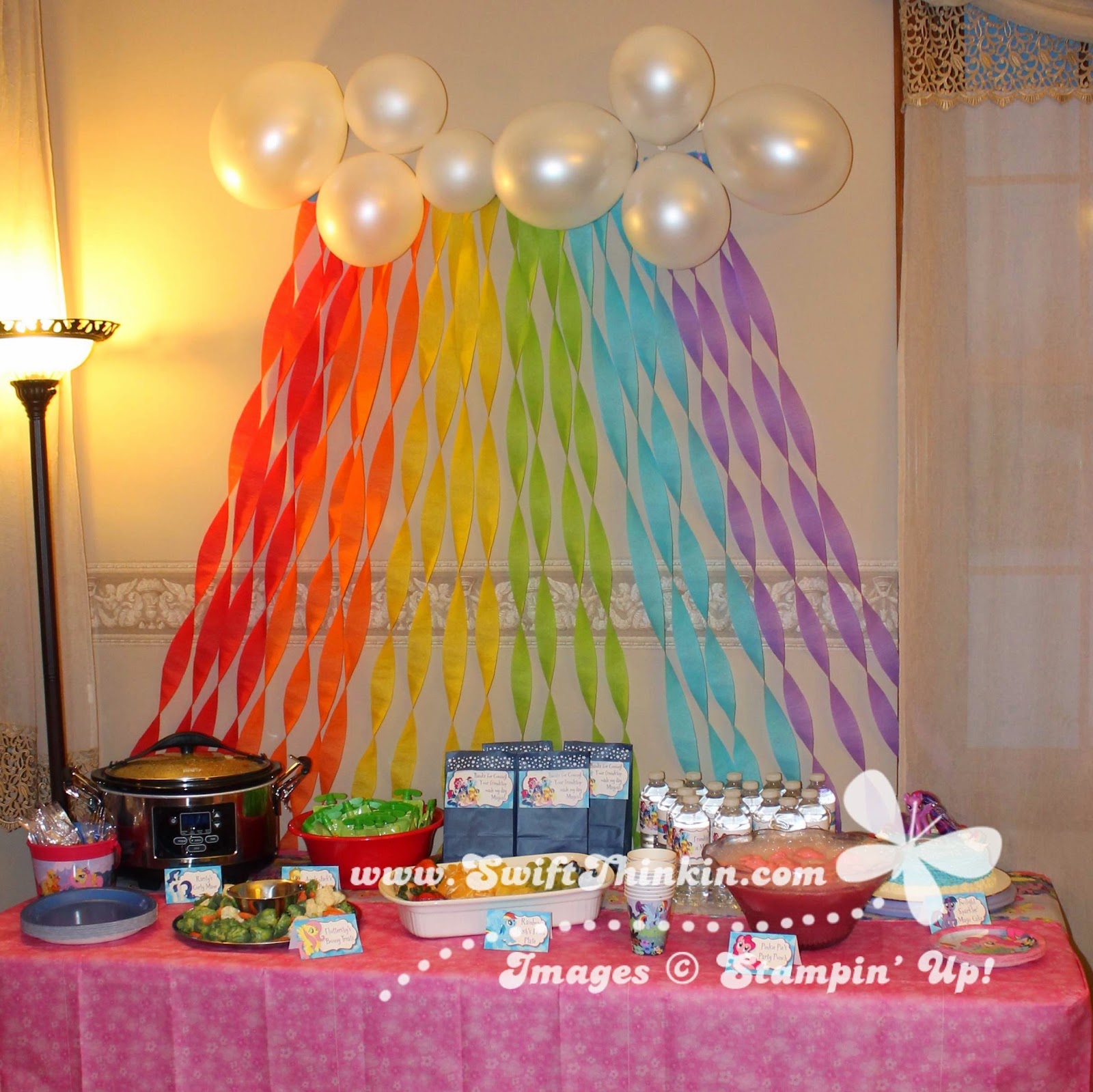 Not sure if water bottles go under food or decor, but since they didn't go to a certain pony I decided here was as good as anywhere :) As always I love to dress them up with a cute label- and it gives a place to write names so we know who belongs to which. Once again- super easy and fast to make in MDS. I try to keep it 2 1/2" high and as wide as a sheet of paper. Once I get my setup the way I like then I select everything and group it. Then it is easy to just cut and paste more copies (you can fit 4 per sheet of paper). I always print these on regular thin printer paper. Once I tried cardstock- and you should learn from my mistake- it is way to thick to stay wrapped around a water bottle without some heavy duty glue. 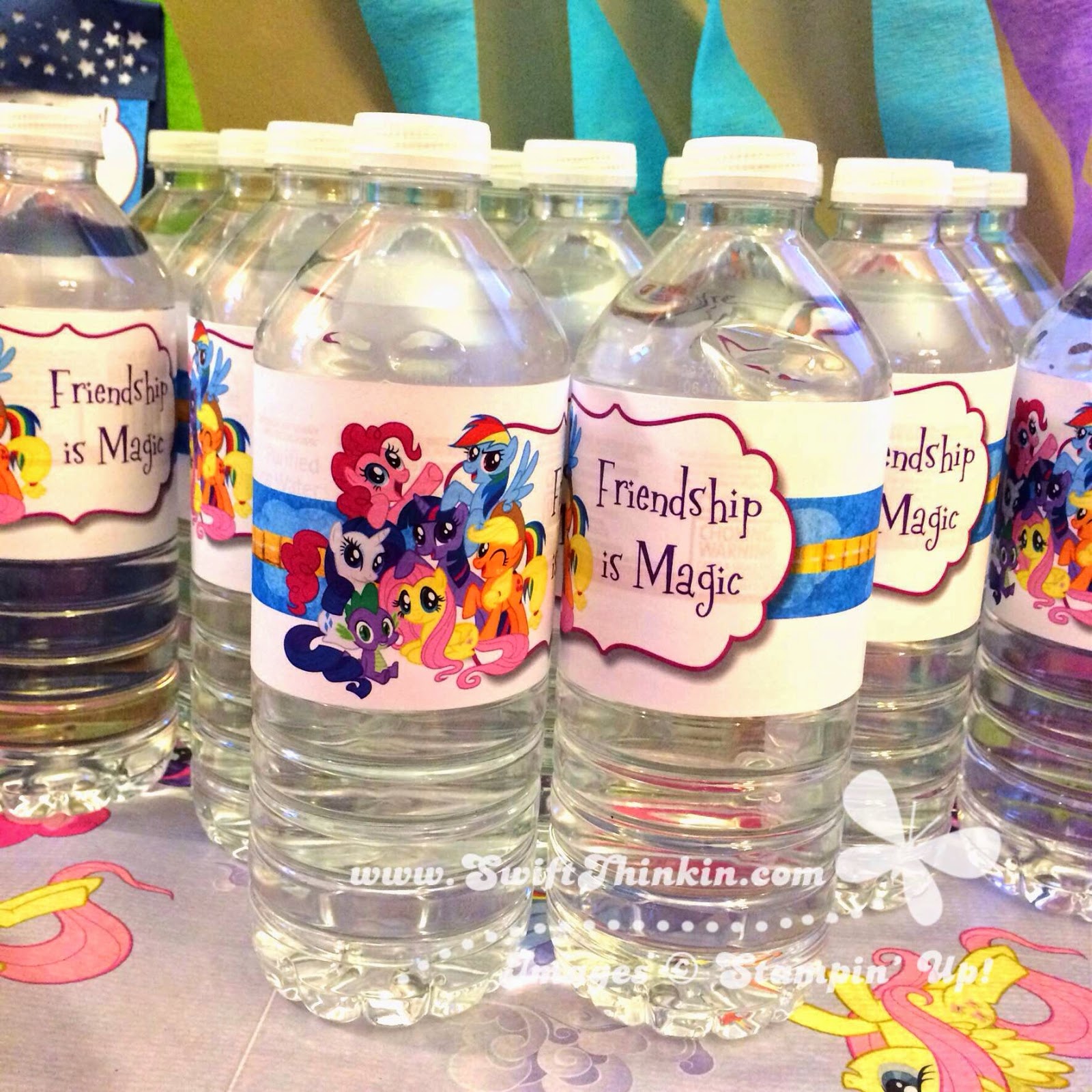 Can't forget about the goodie bags for the kids. Since three of the four kids at the party were boys... well I didn't think pony themed trinkets would go over great. So we picked out fun stuff that even the guys would like. I of course had to at least disguise it in a pony bag though. I'm so happy with how this turned out using the star border punch :) 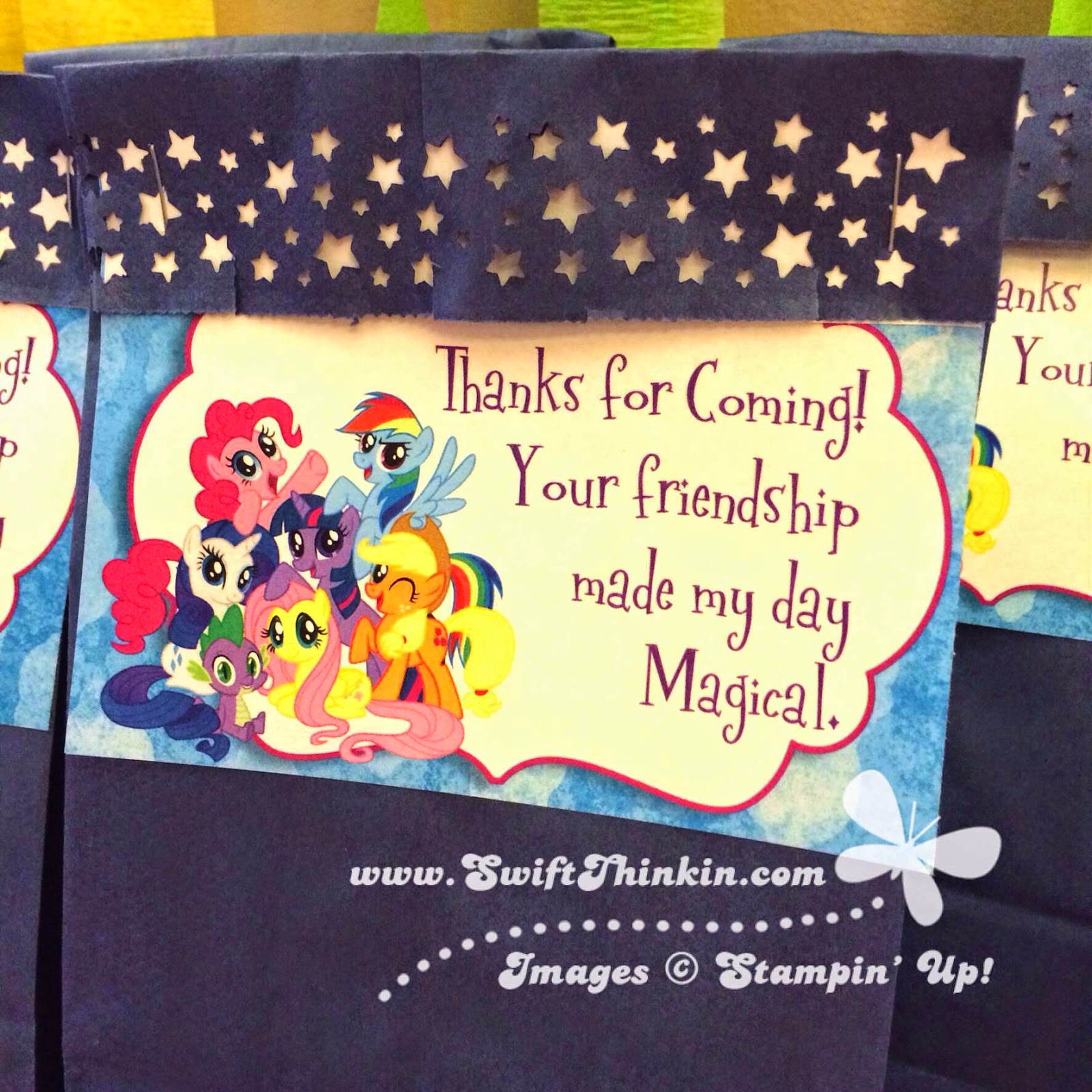 And last but least, here is a view of the whole room. We used the wall murals from the party store and also added in a pack of balloons. Elli was super excited about the large Rainbow Dash. She and her brother ran in circles around the house with the balloons before the party and thought it was grand fun :) 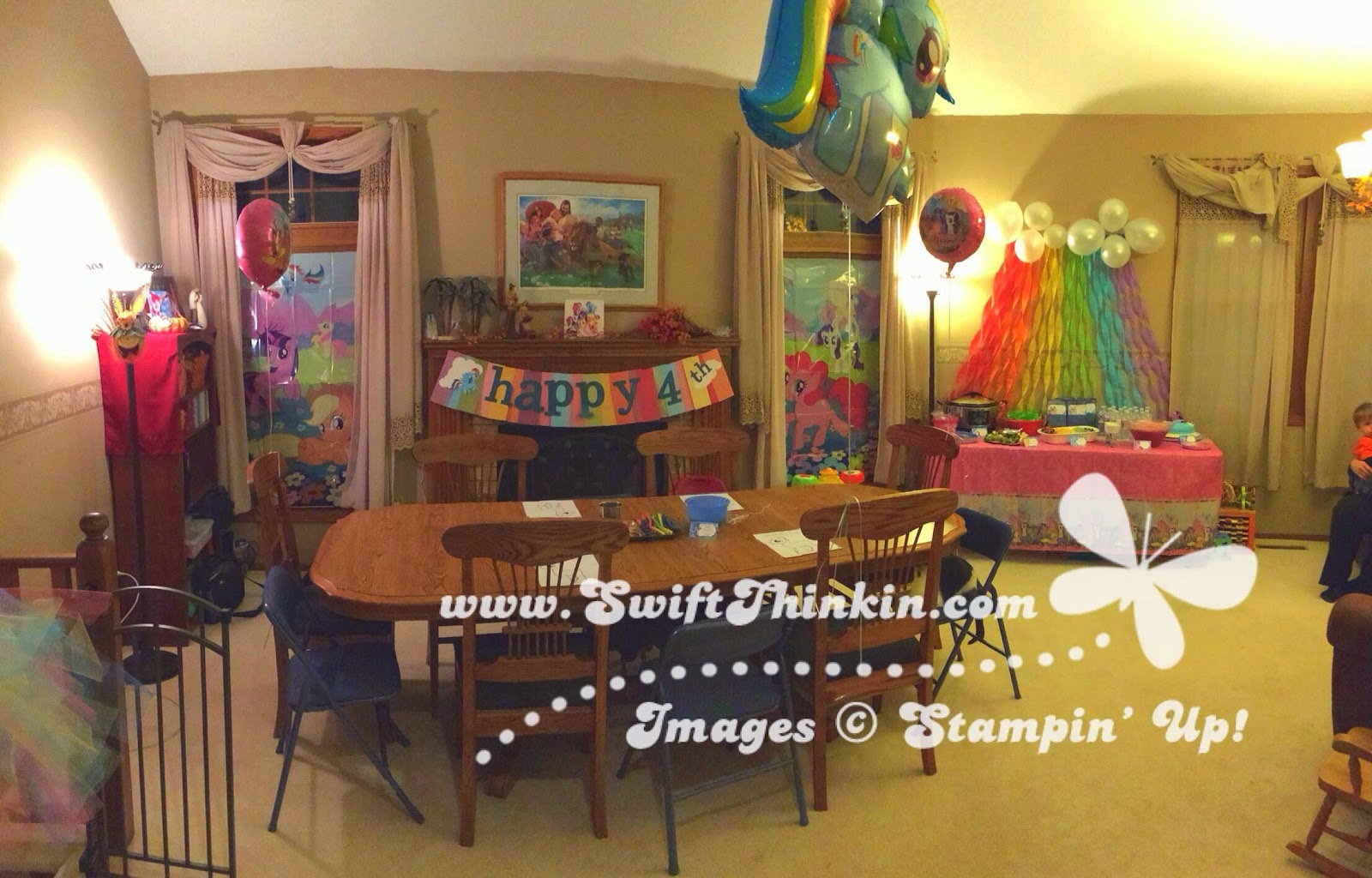